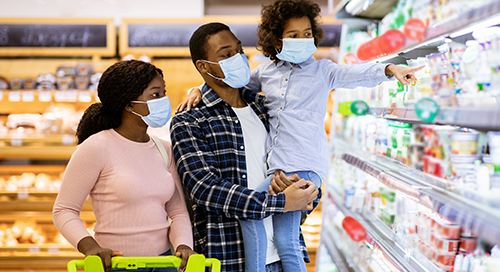 We've written about Social Determinants of Health (SDoH) and their impact on health before. In this series, we delve more deeply into the five main issues and their contributing factors.

Having a job can be stressful, but not as stressful as not having one, or having more than one, or working long hours in a noisy environment that requires repetitive motion, heavy lifting or exposes you to harmful chemicals. Stress can also come from a job that only provides enough income to live paycheck-to-paycheck. Being unemployed or underemployed means a person is less likely to have health insurance. All these factors increase the chance of disease, injury, mental health problems or unhealthy coping mechanisms like smoking or drug and alcohol abuse.

Whites are more likely to have office or managerial jobs, and while 13% of white people have jobs that put them at high risk for illness or injury, the number jumps to 21% for black people.

The U.S. Census Bureau sees poverty simply as an income threshold adjusted for the number of household members. Socioeconomic status (SES) is a related metric that considers income, education level and job status. Those with lower SES are more likely to suffer from heart disease, diabetes, obesity, mental illness and other chronic ailments. They die younger and more often than the less disadvantaged.

Housing instability can be caused by problems such as difficulty paying rent or spending a large chunk of income on housing, frequent moves or overcrowding.

Once again there is racial disparity: Black and Hispanic households are at almost twice the risk of being cost burdened compared to white families.

Some of these families can be forced into higher-crime areas, often in buildings with vermin or pests, plumbing and heating issues and mold or asbestos. Others may have to share housing, causing overcrowding that can lead to increased stress, poor sleep and increased risk of catching a communicable disease.

When things become unsustainable, an eviction that goes to court creates a permanent record that can make it extremely difficult to rent an apartment in the future. Ex-prisoners can also find renting difficult and become ineligible for public housing benefits. These challenging circumstances can cause frequent moving, which is linked to poor health in children.

Again, we see the interconnections; a domino effect where one problem causes another, making the situation progressively worse.

At the end of this road, for some, is homelessness, a problem that is dramatically worsening. There is no federal data on homeless mortality, but some counties record the statistics. Sacramento County found that homelessness there reduces a person’s life by about 30 years for women, and 23 years for men. In Denver the average age at death was 47.

The United States Department of Agriculture defines low food security as “reports of reduced quality, variety or desirability of diet. Little or no indication of reduced food intake,” and very low food security as “reports of multiple indications of disrupted eating patterns and reduced food intake.” The experience is stressful, and both can cause poor health. 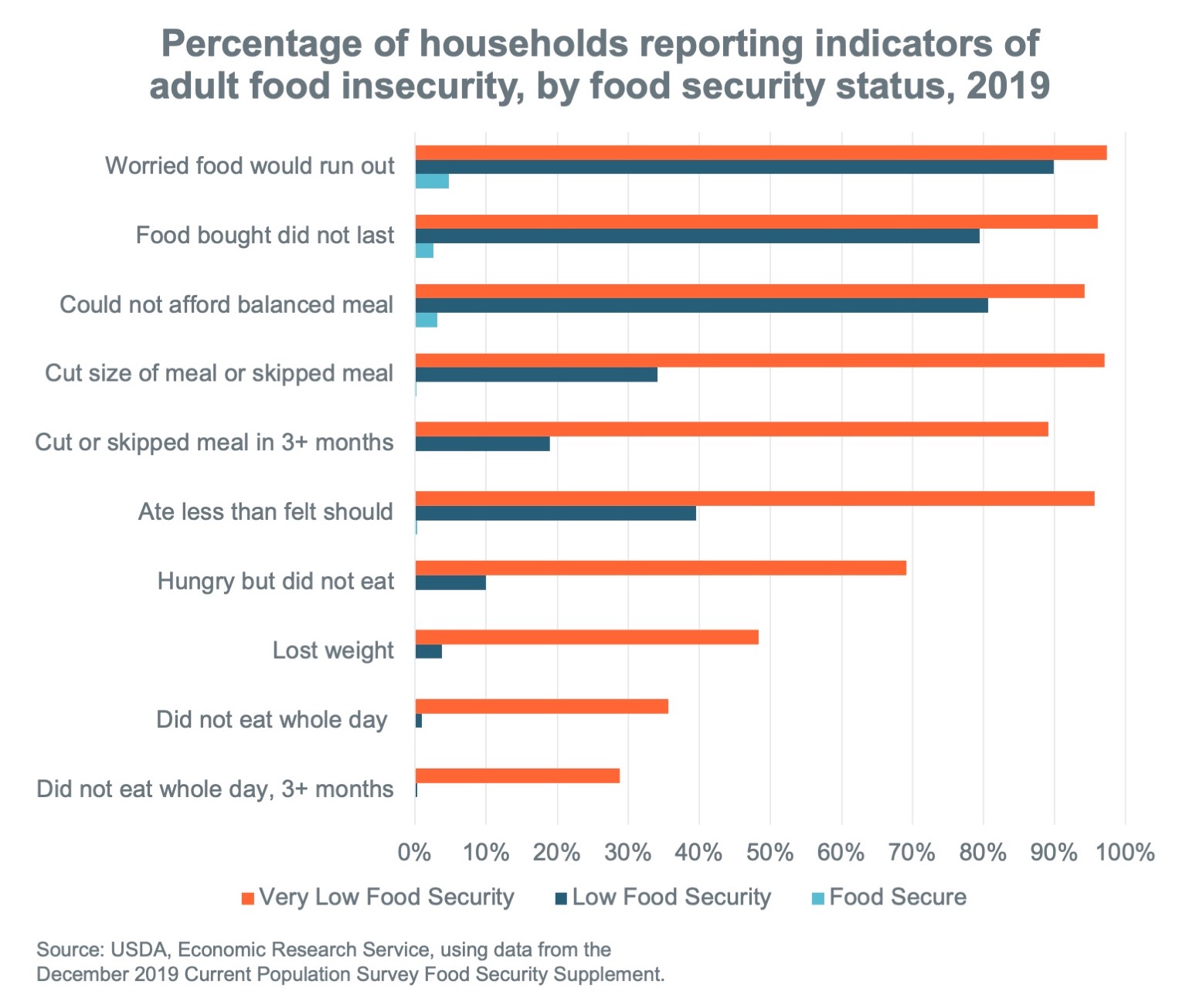 It’s difficult to imagine for those of us fortunate enough to have access to plentiful, healthy food.

Access to supermarkets with a wide range of good quality food may be limited in low-income neighborhoods or rural areas. These areas are often referred to as “food deserts.” Convenience stores may be more accessible, but they usually offer a limited range of lower quality options, often at a higher price than chain supermarkets.

Food-insecure adults and children are both at risk for obesity and other chronic conditions. Children can suffer mental health and developmental problems.

And once again, there’s a racial divide. In a 2016 study, the national average of food insecure households was 12.3%. For Black families the number is almost double, at 22.5%. A study in Detroit showed that on average, low-income African Americans must travel 1.1 miles further than low-income Whites to reach a supermarket.

What’s Being Done to Help?

Among other initiatives, the Kaiser Family Foundation (KFF) reports that a “Health in All Policies” approach “engages diverse partners and stakeholders to work together to promote health, equity and sustainability, and simultaneously advance other goals such as promoting job creation and economic stability, transportation access and mobility, a strong agricultural system and improved educational attainment.“

Some healthcare payers are using technology to identify people at risk, and then offering help with food security, housing and job training programs.  Population health analytics can overlay SDOH information over healthcare data, to allowing identification and mitigation of barriers to health. Most payers have social workers and care managers who can refer those in need to community resources.

There is much to be done, but as Gainwell’s Chief Medical Officer, Dr. Gary Call says, “It all begins with knowledge. You can’t address social determinants until you know what barriers your population is facing. Get the information you need, get to know your members, and then get work on helping them solve their problems.”

This is part one in a five-part series taking a deeper look at each of the following five social determinants of health:

Check back soon for our next article focused on education. Also, if you’d like to find out when a new article is posted, please use the social media links at the bottom of any page on our site.