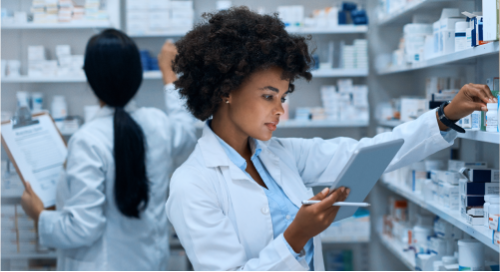 State Medicaid programs are charged with looking after the health of their constituents, while also being good stewards of taxpayer money. To achieve this balance, states have begun to take on the role of a Pharmacy Benefits Manager (PBM).

States that are implementing a single PBM to oversee all encounters processing have begun to see multiple benefits. In my opinion, these are the top five benefits of a Medicaid-led PBM approach that are worth considering:

1 – Transparency: With a single PBM in place, states gain greater visibility into their programs. They can compare payments for encounters with fee-for-service claims, uncover any pricing issues and better demonstrate compliance with actuarial soundness. Regular conversations with PBMs about both pricing and policy allows states to be savvy stewards of their Medicaid resources.

2 – Cost savings: When states have insight into how their Medicaid dollars are actually being spent, they are able to make more informed choices about that spending. They can ensure payers and providers are receiving fair reimbursements, while cutting out excessive profits. In some cases, states have realized millions of dollars in savings.

3 – Pharmacy survival: In the current managed care model, PBMs that are contracted by MCOs are not required to follow the same federal Medicaid guidelines that are in place for fee-for-service reimbursements. Therefore, pharmacies are often under-reimbursed for both the cost of the medication and the actual dispensing of it. Dispensing fees are vital to the survival of smaller pharmacies, and when PBMs dramatically reduce this fee, pharmacies can go out of business. With more visibility into pricing, states have found that it is possible to raise dispensing rates to a sustainable level – and still realize savings.

4 – Improved care. When pharmacies close, they can create “pharmacy deserts” — areas where residents have limited access to pharmacies. Unfortunately, studies have shown a direct link between pharmacy closures and nonadherence to prescription medications. With fewer options for filling prescriptions locally, recipients sometimes don’t fill their prescriptions at all – resulting in poorer health outcomes. With greater visibility into reimbursement programs, states can focus not just on pharmacy prices, but on pharmacy access in underserved areas, as well.

5 – Boost to local economies. With more local pharmacies in play, Medicaid payments go back into the state’s economy, rather than to out-of-state PBMs.

Gainwell has worked with state governments on health and human services solutions for 50 years. We’ve supported Medicaid programs in 31 states and U.S. territories, and last year alone we processed more than 195 million pharmacy claims for Medicaid programs. So, we’ve seen firsthand how states can reap benefits by taking on Pharmacy Benefit Services.

I’ve listed five of those benefits here, but I can’t overstate the importance of the first benefit, transparency. That one benefit alone enables the other four benefits – and undoubtedly many more.