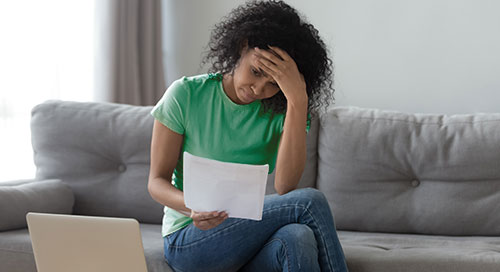 More than 250,000 medical fundraisers are held on the crowdfunding site GoFundMe each year, raising more than $650,000 annually. Among the fundraiser stories displayed: a young scientist, husband and father diagnosed with a rare and terminal cancer; a man recovering from a brutal attack after confronting a group of extremists spreading hate speech; a seven-week-old baby battling a rare form of cancer that forced the removal of one of his eyes and who was undergoing chemotherapy in hopes of saving the other.

In a 2019 interview with CBS MoneyWatch, GoFundMe CEO Rob Solomon revealed that one-third of donations made through the crowdfunding site are to help cover healthcare costs. Though not purpose-built to be a healthcare company, nor a replacement for medical insurance, Solomon told CBS that, “over time, people have used GoFundMe for the most important issues they are faced with.”

Donation-based crowdfunding platforms like GoFundMe have indeed grown in popularity as a way for people to help those under medical and financial distress. A survey conducted by NORC at the University of Chicago found that one in five people had either donated or lived with someone who donated to a crowdfunding campaign to help pay for medical expenses.

Given the high cost of healthcare in the United States, it makes sense that crowdfunding is gaining ground as a means of offsetting this heavy financial burden. According to a 2019 report published in the Journal of General Internal Medicine, approximately 137 million adults in the U.S. had suffered financial hardship as a result of medical expenses in the past year. And in a February 2022 report, the Consumer Financial Protection Bureau (CFPB) estimated that U.S. healthcare consumers hold $88 billion in medical debt.

If trends that arose during the early days of the COVID-19 crisis continue, crowdfunding is likely to become even more prevalent, as it provides a very accessible way to request or offer help remotely. An analysis of GoFundMe data, also published in the Journal of General Internal Medicine, found that, between March 3 and March 20, 2020, 1,579 COVID-19 related crowdfunding campaigns were created with a total fundraising goal of $1,492,988,587.

Could Crowdfunding Be a Viable Healthcare Model?

The idea of crowdfunding as a potential replacement for, or complement to, the current healthcare model is compelling. On the one hand, many argue that a healthcare system in which people must ask for donations to cover necessary medical care is in dire need of reform. But whether crowdfunding is in itself a solution to the system’s shortcomings — or even a stone on the path to a solution — is debatable.

In a broader context, including investment-based platforms, crowdfunding could conceivably have a positive economic effect. A 2017 Social Science & Medicine review names several potential benefits of crowdfunding to the health sector, such as greater market participation, increased awareness and funding of neglected health issues, and fostering of social engagement. However, the article notes that health-based crowdfunding isn’t without economic risks, ranging from inefficient priority setting to concerns around intellectual property rights and potential fraud.

Some caution that crowdfunding is merely a Band-Aid solution that neglects to address the fundamental shortcomings of the nation’s healthcare system. As Ford Vox, M.D., Medical Director of the Disorders of Consciousness Program at the Shepherd Center in Atlanta, told MedPage today, “We have to think about the areas where the Band-Aid doesn't hold."

Crowdfunding as a Social Determinant of Health

Although the success of fundraising campaigns can be measured on an individual basis, data on the broader, population-level impact of crowdfunding on healthcare remains limited. Some critics suggest that not only is crowdfunding not a fix for a flawed healthcare system, but that it may actually be a catalyst for existing health disparities.

In an exploratory analysis of crowdfunding and global health disparities, Nora J. Kenworthy, Ph.D., presents the case for crowdfunding as a social determinant of health. “By targeting solvable problems among a select, ‘deserving’ few,” she says, “most crowdfunding not only fails to fill gaps in health coverage: it also conceals and exacerbates the structural violence of austerity and inadequate social safety nets that fuel health disparities.”

Moreover, Kenworthy’s research suggests that platforms like GoFundMe are less suited for individuals with complex, chronic and overlapping needs than for those with “discrete, solvable problems.” In this sense, crowdfunding may largely neglect what is perhaps the neediest healthcare population.

A Basis for Further Exploration

Crowdfunding has become a mainstay of modern society — and, barring a wholesale reform of the current system, it will likely continue to be one of modern healthcare as well.

While it is evident from existing research that crowdfunding may not in itself be a viable alternative to the current health insurance model, it undoubtedly warrants further exploration in order to better understand and address the conditions fueling its prevalence. For instance, previous research from Kenworthy found states that did not expand Medicaid under the Affordable Care Act had a high proportion of crowdfunding campaigns. Uncovering and acknowledging these types of insights is crucial to addressing the root causes of health inequities.

Stories like those referenced at the outset of this article are undeniably heart-wrenching and deserving of financial support from those who are able to provide it. At the same time, the industry must work to close healthcare gaps for all underserved individuals, including the many whose stories cannot necessarily be effectively articulated to a capable and motivated audience of donors.

To learn more and read our additional insights about the latest healthcare trends, visit us on Health Ideas.